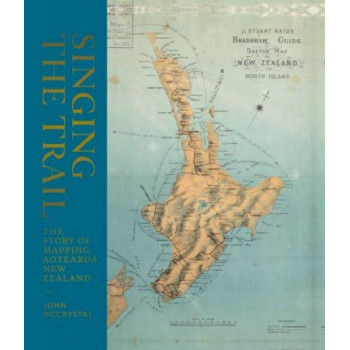 Singing the Trail: The Story of Mapping Aotearoa New Zealand

The very first maps, oral maps made by early Polynesian and Maori settlers, were waypoints, lists of places in songs, chants, karakia and stories that showed direction. Hundreds of years later, Abel Tasman made the first attempt at a physical map; followed more than a century later by James Cook, whose more detailed map was made as he circumnavigated Aotearoa. Once the detail of the coastline was filled in, it was the turn of the surveyors, explorers, rockhounds, gold diggers and politicians to negotiate the internal detail. The story of these maps is also the story of Aotearoa New Zealand.