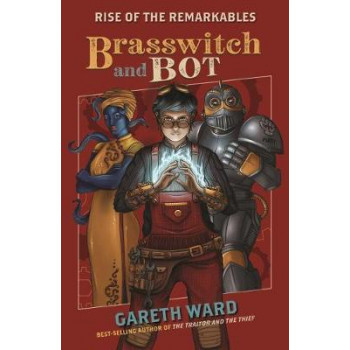 Rise of the Remarkables: Brasswitch and Bot

Drawn into a world of prejudice, deceit and danger, Wrench must master her powers, knowing they offer her only hope for survival . . . if they don't destroy the world first. Screams surge along York's narrow Victorian streets as a run-away crackle-tram races toward disaster. Fearing an accident like the one that killed her parents, Brasswitch Wrench is forced to reveal her powers - a decision that will change her life forever. Recruited to the sinister department of Regulators who hunt down others like her, Wrench teams up with their maverick mechanical leader, Bot as they are tasked with halting the rise of the aberration threat. Until today, being called Brasswitch would have got you killed. Now, it might save your life.