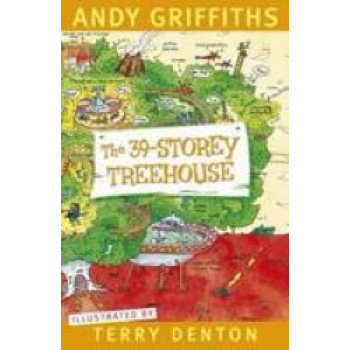 Andy and Terry's amazing treehouse has 13 new levels including a chocolate waterfall, a non-erupting active volcano, an opera house, a baby-dinosaur petting zoo, Andy and Terry's Believe it or Else! museum, a not-very-merry merry-go-round, a boxing elephant called the Trunkinator, an X-Ray room, a disco with light-up dance floor, the world's scariest roller-coaster and a top secret 39th level that hasn't even been finished yet! Well, what are you waiting for? Come on up!