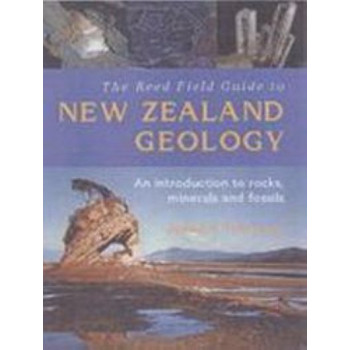 First published in 1985 and fully revised and updated in 2003 this book was the first field guide written for the general public and beginners in geology in New Zealand, and has become the standard work on this country’s geology. It shows travellers in New Zealand something of the tremendous variety of our rocks, minerals and fossils, and describes what to look for in many areas where rock formations are prominent. Written in simplified terms it includes an introductory chapter on general geology, a geological time-cart and quick reference maps of both North and South Islands, with photographs and maps of formations accessible to the average traveller.