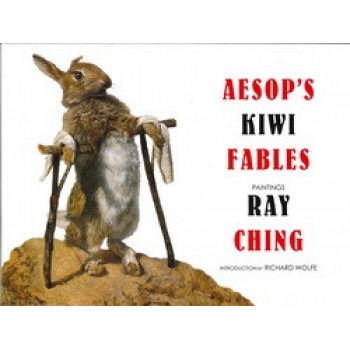 In this collection, newly painted for this book, Ray Ching's drawing and painting skills, familiar to New Zealanders through his widely seen paintings of birds, are imaginatively engaged in an altogether new expression of Aesop's Fables. The stories have left their origins in Greece and ancient Europe and set off to the distant isles of New Zealand. Now, the tales are told by the inhabitants of these islands, mostly birds, who take the place of the more traditional players - Tui are as smart as Crows, and Tuatara is as dogged as the Tortoise, to successfully win his race over Possum. An introduction by Richard Wolfe gives an insight into the work and art of Ray Ching and a brief history of Aesop's fables in publication.