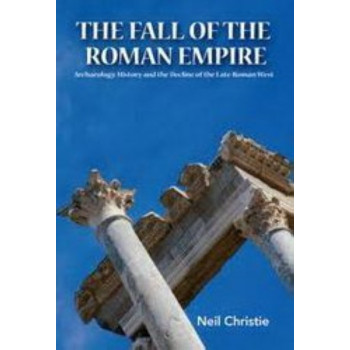 There are possibly more explanations for the fall of the Roman Empire than for any other event in history: from the theory that links the widespread use of lead in utensils and glass with mental impairment (and hence incapacity for rule) to the sequoia tree theory, which purports to show through reduced ring growth in these ancient trees how the period coinciding with the fall of empire was one of hardship and death. The more bizarre theories are entertaining but devoid of explanatory power. The question still remains: why did the empire fall? As Christie suggests, the question is misconceived, for rather than collapse there was in the west a process of transformation and in the east the empire continued, scarcely less 'Roman' than before even though Rome itself was not a component. One of the distinctive features of Christie's book is the interplay he allows between history and archaeology, showing the reader the kinds of theme best illuminated by textual evidence and those where developments in archaeology have proved more fruitful. Preface; Introduction; Romans and Barbarians from the Early to Mid Empire; Romans, Barbarians and Christians in the Last Centuries of Roman Rule; Defending the Late Roman West: I. Armies, Commanders and Enemies; Defending the Late Roman West: II. Frontiers, Forts and Towns; Towns and Urban Society in the Late Empire; Three Capitals of the West: Rome, Milan Ravenna; Pagan and Christian in the Late Roman West; Late Roman Economies and Landscapes; The Ends of Rome in the West; Notes; Bibliography