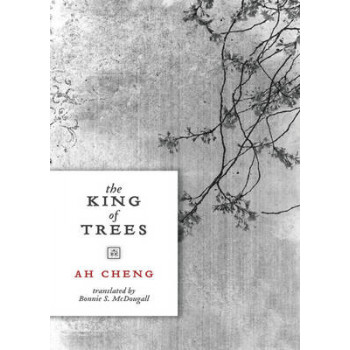 When the three novellas in The King of Trees were published separately in China in the 1980s, "Ah Cheng fever" spread across the country. Never before had a fiction writer dealt with the Cultural Revolution in such Daoist-Confucian terms, discarding Mao-speak, and mixing both traditional and vernacular elements with an aesthetic that emphasized not the hardships and miseries of those years, but the joys of close, meaningful friendships. In The King of Chess, a student's obsession with finding worthy chess opponents symbolizes his pursuit of the dao; in The King of Children-made into an award-winning film by Chen Kaige, the director of Farewell My Concubine-an educated youth is sent to teach at an impoverished village school where one boy's devotion to learning is so great he is ready to spend 500 days copying his teacher's dictionary; and in the title novella a peasant's innate connection to a giant primeval tree takes a tragic turn when a group of educated youth arrive to clear the mountain forest. As moving and enduring as the best of Jack London or Knut Hamsun, The King of Trees is as relevant today as it will be tomorrow.