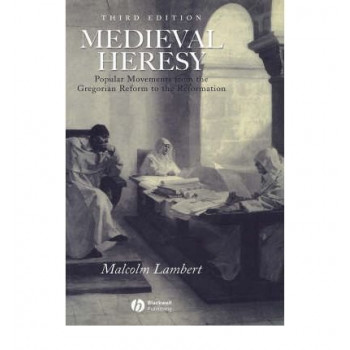 First Published in 1977, this history of the great heretical movements of the middle ages provides a vivid account of the dark, often secret, world of dissent and protest against the medieval churches of Rome and Byzantium. Malcolm Lambert examines the origins and nature of these heresies, and looks at how medieval churchmen grappled with deviation, sometimes by preaching and argument, more often by armed force, imprisonment and the stake. The third edition retains the shape and time-scale of the previous editions, but assesses a new mood of scepticism among historians about the accuracy of accusations of heresy in the 11th and 12th centuries. It gives fresh insight into the inquisitional process, and the rise and fall of Catholicism, and offers a new account of the moving dialogue between Bishop Fournier and the Waldensian Deacon, Raymond de Sainte Foy, and of research on urban Waldensianism. In addition, the author surveys the continuing flow of work on English Lollardy. These revisions enable both those who are familiar with the book and new readers to stay in touch with the most recent research on heretical movements.