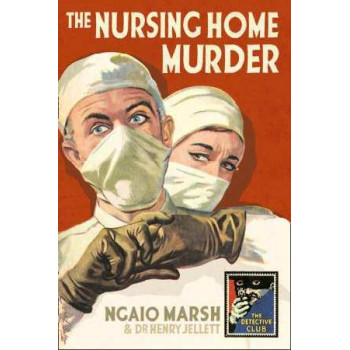 Ngaio Marsh's bestselling and ingenious third novel remains one of the most popular pieces of crime fiction of all time. I assure you that if the opportunity presented itself I should have no hesitation in putting you out of the way.' The next day the Home Secretary dies during an emergency operation performed by the very man who had uttered this threat. But as Chief Detective Inspector Roderick Alleyn discovers, the victim had a lot of enemies - and the surgeon wasn't the only person in the operating room with motives for murdering him ...Following her debuts A Man Lay Dead and Enter a Murderer, The Nursing Home Murder was widely considered to be the book with which Ngaio Marsh, said The Times, 'transformed the detective story from a mere puzzle to a full-blown and fascinating novel'. It became her all-time bestseller and helped to cement Marsh's reputation as one of the Golden Age 'Crime Queens' alongside Agatha Christie, Dorothy Sayers and Marjorie Allingham. This Detective Story Club classic is introduced by the New Zealand writer and theatremaker Stella Duffy, and includes a never-before-seen excerpt from the unfinished Inspector Alleyn novel Money in the Morgue.