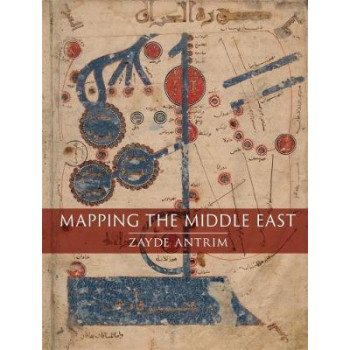 Mapping the Middle East explores the many perspectives from which people have visualised the vast area lying between the Atlantic Ocean and the Oxus and Indus river valleys over the past millennium. By analysing maps produced from the eleventh century on, Zayde Antrim emphasises the deep roots of mapping in a world region too often considered unexamined and unchanging before the modern period. Indeed, maps from the nineteenth and twentieth centuries, coinciding with the eras of European colonialism and the rise of the nation-state, have obscured this deeper past and constrained future possibilities. Mapping the Middle East is organised chronologically to contextualise and interpret compelling maps from each period. Chapters address the medieval `Realm of Islam', the sixteenth- to eighteenth-century Ottoman Empire, French and British colonial mapping over the long nineteenth century, national mapping traditions in modern Turkey, Iran, and Israel/Palestine, and alternative geographies in twentieth- and twenty-first-century maps. Vivid colour illustrations allow readers to follow the argument on the surface of the maps. Rather than a conventional history of cartography, Mapping the Middle East is an incisive critique of the changing relationship between maps and belonging in a dynamic world region over the past thousand years.