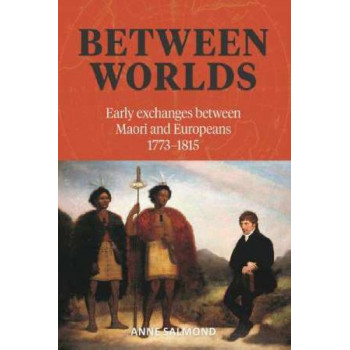 'Vivid, convincing and utterly memorable.'-Michael King, North & SouthAnne Salmond's extraordinary Between Worlds begins with the arrival of Cook's second expedition in 1773 and takes the story through to 1815, with the establishment of the first British missionary settlement in the Bay of Islands. It describes Cook's second and third voyages, telling of a time when white settlers first lived on the shores of New Zealand, often joining Maori communities - the first so-called Pakeha-Maori. These Maori communities were working out their own strategies for dealing with the strangers in their midst. New ways of living began to emerge between Maori and European.Between Worlds redefines or understanding of the earliest days of Maori and European interaction and forces us to rethink New Zealand's shared history.'There is perhaps no scholar working in Oceania better equipped in knowledge, skills and sentiment to write obetween worldso history . . . That, I think, is the supreme grace of Anne Salmond's work.'-Greg Dening, Australian Historical Studies