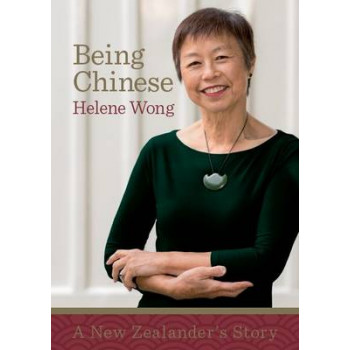 Being Chinese: A New Zealander's Story

This is the story of a quest I began three decades ago - the search for my Chinese identity. The path I travelled was not linear, and the years brought pain as well as joy. But, while this is a narrative about being Chinese and also a New Zealander, I know that the search for purpose and meaning in life is universal. I hope that others in our culturally diverse society will find their own ways to embark on that same journey.Helene Wong was born in New Zealand in 1949, to parents whose families had emigrated from China one or two generations earlier. Preferring invisibility, she grew up resisting her Chinese identity. But in 1980 she travelled to her father's home village in southern China and came face to face with her ancestral past.What followed was a journey to come to terms with 'being Chinese'. Helene Wong writes eloquently about her New Zealand childhood, about student life in the 1960s, and coming of age in Muldoon's New Zealand. What her Chinese ancestry means to her gradually illuminates the book as it sheds new light on her own life.Drawing on her experience of writing for New Zealand films, she takes the narrative forward through the places of her family's history - the ancestral village of Sha Tou in Zengcheng county, the rural town of Utiku where the Wongs ran a thriving business, the Lower Hutt suburbs of her childhood, and Avalon and Naenae.