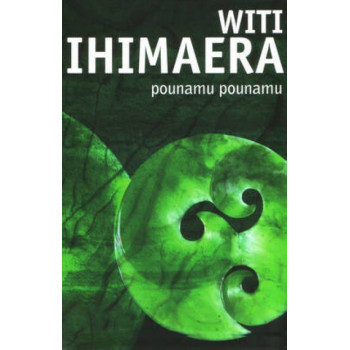 Pounamu Pounamu is classic Ihimaera. First published om 1972, it was immediately endorsed by Maori and Pakeha alike for its original stories that showed how important Maori identity is for all New Zealanders. As Katherine Mansfield did in her first collection In a German Pension (1911), and Janet Frame in The Lagoon (1951), Witi Ihimaera explores in Pounamu Pounamu what it is like to be a New Zealander - but from a Maori perspective. The seeds of Ihimaera's later works are first introduced in this ground-breaking collection: The Whale Rider in his story 'The Whale', The Rope of Man in 'Tangi', and the character of Simeon form Bulibasha, King of the Gypsies in 'One Summer Morning'; and the themes of aroha (love), whanaungatanga (kinship) and manaakitanga (supporting each other), which are so intergral to Ihimaera's work.