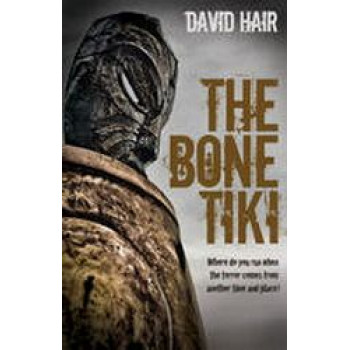 What do you do when you meet a tohunga makutu? You run. When reality dissolves and myths and legends come alive? You run faster. And when the dead come to life and blood debts have to be paid, will you have the courage to do what must be done? Matiu Douglas has a bone tiki he stole from a tangi. His father's important new client wants it. Badly. And he has some very nasty friends. When Mat is forced to flee for his life, an unexpected meeting with a girl called Pania sets his world spinning. Suddenly he's running through the bush with a girl-clown, a dog who is way too human, and a long-dead warrior. Fearful creatures from legend are rising up around him, and Mat faces a terrifying ordeal. And there is nowhere left to hide...not even in another world. A breathtaking adventure set in two parallel New Zealands, from exciting new author David Hair.