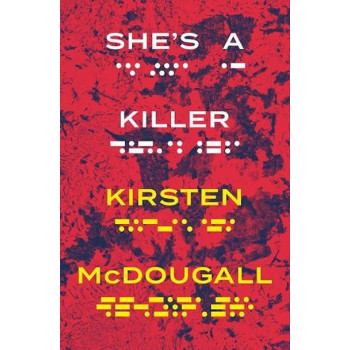 The world's climate is in crisis and New Zealand is being divided and reshaped by privileged immigrant wealthugees. Thirty-something Alice has a near-genius IQ and lives at home with her mother with whom she communicates by Morse code. Alice's imaginary friend, Simp, has shown up, with a running commentary on her failings. 'I mean, can you even calculate the square root of 762 anymore?' The last time Simp was here was when Alice was seven, on the night a fire burned down the family home. Now Simp seems to be plotting something. When Alice meets a wealthugee named Pablo, she thinks she's found a way out of her dull existence. But then she meets Pablo's teenage daughter, Erika - an actual genius full of terrifying ambition. She's a Killer is the story of a brilliant and stubborn slacker who is drawn into radical action. It's about what happens when we refuse to face our most demanding problems, told by a woman who is a strange and calculating force of chaos.