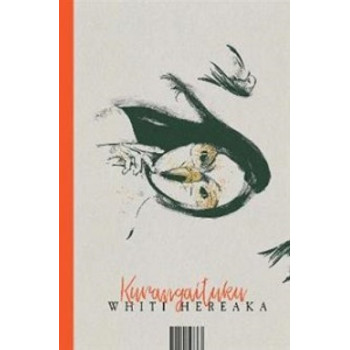 Kurangaituku is the story of Hatupatu told from the perspective of the traditional 'monster', Kurangaituku, the bird woman. In the traditional story, told from the view of Hatupatu, he is out hunting and is captured by a creature that is part bird and part woman. The bird woman imprisons him in her cave in the mountains. Hatupatu eventually escapes and is pursued by Kurangaituku. He evades her when he leaps over hot springs, but Kurngaituku goes into them and dies. In this version of the story, Kurangaituku takes us on the journey of her extraordinary life - from the birds who sang her into being, to the arrival of the Song Makers and the change they brought to her world, and her life with Hatupatu and her death. Through the eyes of Kurangaituku, we come to see how being with Hatupatu changed Kurangaituku, emotionally and in her thoughts and actions, and how devastating his betrayal of her was.