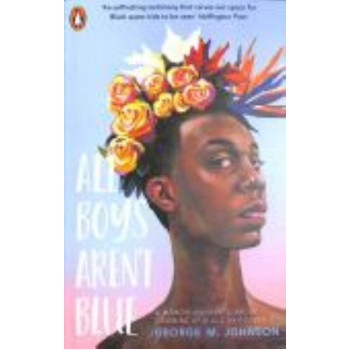 A powerful debut YA memoir-manifesto about growing up Black and queer in America from journalist and LGBTQIA+ activist George M. Johnson. This powerful YA memoir-manifesto follows journalist and LGBTQ+ activist George M. Johnson as they explore their childhood, adolescence, and college years, growing up under the duality of being black and queer. From memories of getting their teeth kicked out by bullies at age five to their loving relationship with their grandmother, to their first sexual experience, the stories wrestle with triumph and tragedy and cover topics such as gender identity, toxic masculinity, brotherhood, family, inequality, consent, and Black joy. PRAISE FOR ALL BOYS AREN'T BLUE An exuberant, unapologetic memoir infused with a deep but cleareyed love for its subjects. The New York Times An empowering read . . . All Boys Aren't Blue is an unflinching testimony that carves out space for Black queer kids to be seen. Huffington Post Powerful . . . All Boys Aren't Blue is a game changer. Bitch Magazine All Boys Aren't Blue is a balm and testimony to young readers as allies in the fight for equality. Publishers Weekly