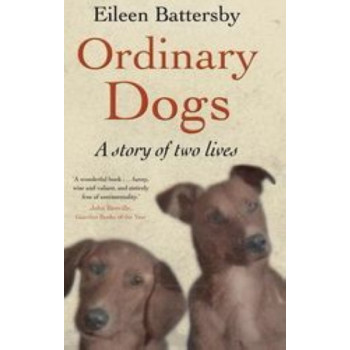 Eileen Battersby is the chief literature critic of "The Irish Times" and is, in the words of John Banville, 'the finest fiction critic we have'. But her first full-length book is not about international literature or the state of the novel. It is about dogs. Two dogs in particular, with the unlikely names of Bilbo and Frodo. She adopted the first from a horrible dog pound, and the second decided he liked her and moved in to join the family. She was in her very early twenties, an intensely serious student and runner who had just moved to Ireland from California. The dogs became her most loyal companions for over twenty years, witnesses to an often difficult human life and more important to her than most other humans. This book is about two animals with personalities, emotions and prejudices. It is unlike any other book ever written about dogs. It is not sentimental or twee. Battersby became intimately involved in the lives of these intelligent, shrewd creatures, and brings them to life with rare passion and insight. She writes honestly and movingly about the reasons why, for certain people - especially women - there is more integrity in the mysterious relationship with a mammal who cannot speak than there is in most of the relationships that human society has to offer.