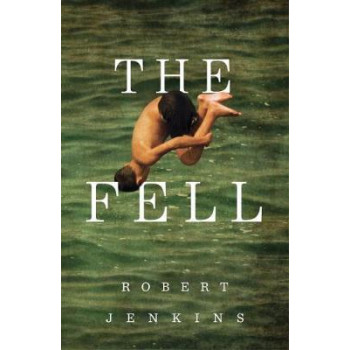 His hand was a gigantic bear claw and swallowed mine and half my forearm too. He had a big man's grip and a real deep voice. 'Welcome to Feallan House. We call it Fell. The sign says Fell, so it's Fell. Actually, we're Fell... If you're solid you get to be Fell... that's us.' In an unspecified time and location, an unnamed boy is living what seems like an idyllic life. He idolises his father who is a lifeguard at the local faded and peeling Lido, never more so than when he saves the life of a suicidal man. The boy comes to believe that heroism is all. Later that summer, the arrest of his sister brings the halcyon days to an abrupt end and his family is torn apart. With Lilly sent to jail, the boy is sent to a boarding house for dysfunctional youths far away from home The Fell. The boys band together against their enemies, both real and imagined, they become family. The boy sees the world and his place in it through a unique lens. He meets ghosts, hears voices and battles his fears. What he never does, however, is question his own version of reality. When the boy's fear and hatred of authority comes to a head, everything is thrown into disarray and his actions lead him to run from The Fell. And run, and run... AUTHOR: Robert Jenkins was born and raised in Walthamstow, east London, where he played in the streets and learned to swim in city fountains. Running wild was his heritage but he also wrote plays, poetry, novels and short stories. Straddling realities can happen in great cities. He travelled the world with his wife and children and back at home lived and worked with some of the most challenged and challenging, colourful and beautiful people in society. Heading back overseas he ran a boarding house for nearly 100 teenage boys. He made them run laps, box, make their beds, value loyalty and be comfortable in hilarious chaos. He read them poetry and encouraged each to learn a musical instrument although he plays none himself. He made them eat cabbage and salad and read books. In return they made him whisky and gin and taught him to shoot straight, breathe deeply, and marinate a cray fish. Today Rob works again with those on the wrong side of society, a place where he is comfortable.