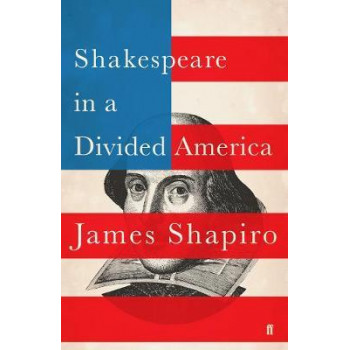 Shakespeare in a Divided America

Shakespeare's position as England's national poet is established and unquestionable. But as James Shapiro illuminates in this revelatory new history, Shakespeare has long held an essential place in American culture. Why, though, would a proudly independent republic embrace England's greatest writer? Especially when his works enact so many of America's darkest nightmares: interracial marriage, cross-dressing, same-sex love, tyranny, and assassination? Investigating a selection of defining moments in American history - drilling into issues of race, miscegenation, gender, patriotism and immigration; encountering Presidents, activists, writers and actors - Shapiro leads us to fascinating answers and uncovers rich and startling stories. But perhaps most pressingly, we learn how, in Trump's America, the staging of his work has provoked threats of violence and has become a battleground for freedom of speech.