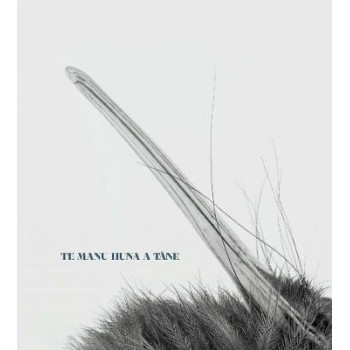 Te Manu Huna a Tane: The hidden bird of Tane

This special photo book documents a wananga or class for three generations of women from Ngati Torehina Ki Mataka to learn the customary practice of pelting North Island brown kiwi so their feathers can be used for weaving. This passing on of customary knowledge developed out of a partnership between conservationists and weavers that returned accidentally killed kiwi to the hapu or family of the rohe or district in which they were found. Weaving, perhaps the preeminent form of Maori women's cultural expression, was in serious decline in New Zealand until the 1950s, when a concerted effort was made by Maori women to preserve and maintain it and to highlight the need to protect vital natural resources. Formal training is now available through universities and polytechnics, but traditionally weaving has been taught within hapu, usually by a mother, aunt or grandmother honouring protocols and restrictions to maintain the integrity of the discipline. It offers a particular perspective on the contemporary hapu-led cultural practices of Maori women and their intersection of the sacred and profound in the everyday. It also brings a greater understanding of conservation efforts and, in particular, of how the Department of Conservation Te Papa Atawhai works closely with tangata whenua.