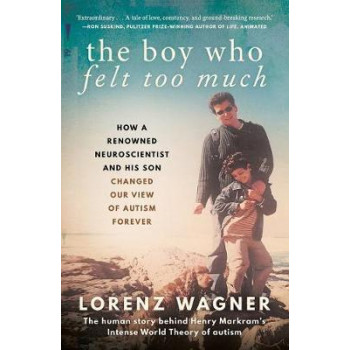 Boy Who Felt Too Much, The

Kai is different. Kai, the doctors will eventually realise, is autistic. Of course, like everyone on the spectrum, Kai isn't just autistic - he's so much more than that. Kai is Kai. Doctors used to find one case of autism among every five thousand people. Today, according to a study by the US Department of Health and Human Services, the ratio is one in fifty-eight. Scientists speak of an epidemic. Kai may be different, but he is not alone. Henry, Kai's father, is one of the world's most famous neuroscientists, the man behind the billion dollar Blue Brain Project to build a supercomputer model of the human brain. Nevertheless, when his son began withdrawing, Henry was as helpless as all the other parents. He asked himself the same questions they did: What is autism? How can I help my child? He researched for fifteen years. His findings would upend everything we thought we knew about autism. They would offer us a whole new vantage from which to consider all disorders of the mind. If Henry had just been a scientist, even a great one, he would have failed. He only succeeded thanks to Kai, the boy who changed everything.