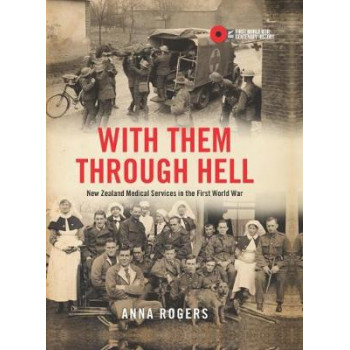 For New Zealanders, the First World War was not just a grueling conflict but also the nation's biggest health challenge. Military personnel had to deal with horrific injuries caused by high velocity bullets, artillery fire and chemical weapons. Infectious diseases were a constant and grave threat. Health professionals prepared and supported the 100,000 New Zealand servicemen and servicewomen who served overseas, while those who stayed at home had to fill the gaps left by absent colleagues. In the midst of this, the devastating 1918 influenza pandemic hit both troops overseas and New Zealanders at home. For the first time, this book tells the collective story of how our troops were supported and cared for by dedicated teams of doctors, nurses, dentists, ambulance officers, orderlies and sanitation and hygiene workers, and the important role of veterinarians in caring for horses. It explores the coming of age of New Zealand health services and details such significant figures as Henry Pickerill and Harold Gillies, who rebuilt shattered faces and treated burn victims - in doing becoming the fathers of plastic surgery. Battlefield Medicine celebrates the way New Zealanders delivered the best of healthcare under the most difficult circumstances.