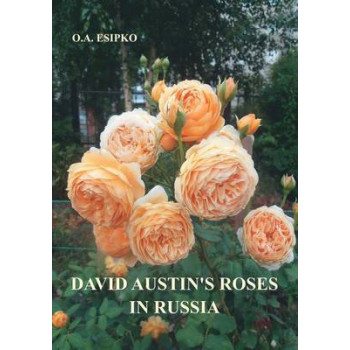 Although the English Roses of David Austin made their first appearance in Russia quite recently, numerous amateur rosarians are cultivating them in many regions. These roses draw attention by double flowers with strong fragrance, a well-balanced shrub and sufficiently high winter hardiness, which is of no small importance to many northern and eastern regions of Russia. Within his more than half-a-century activity of a rosarian, David Austin has created more than 200 varieties of English Roses, the majority of which are real masterpieces. But what breeds perform best in Russia with its rather changeable climatic conditions? In the book the reader will find the answer to this as well as other question. In his book the author made use of the following material: - observation of the D. Austin's rose collections (30 varieties); - statistical data analysis of the most popular and favourite varieties in Russia; - expert assessment results of the varieties, based upon the pattern suggested by the author, from 25 amateur-rosarians in 14 regions of the Russian Federation. The final chapter contains examples of gardens, in which D. Austin's roses are grown - from Karelia in the north to the North Caucuses in the south; from the suburbs of St.Petersburg in the west and the centrals regions (Yaroslavl, Tula) to the Middle Ural Mountains and the south of Siberia in the east. The book was published in English.