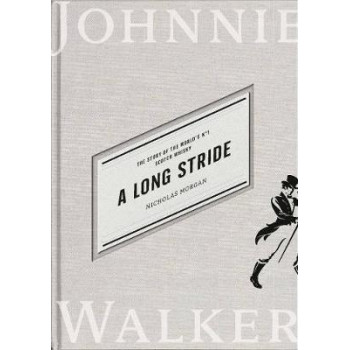 A Long Stride: The Story of the World's No. 1 Scotch Whisky

The history of Johnnie Walker, beginning in 1820, is also the history of Scotch whisky. But who was John Walker - the man who started the story? And how did his business grow from the shelves of a small grocery shop in Kilmarnock to become the world's No. 1 Scotch? A Long Stride tells the story of how John Walker and a succession of ingenious and progressive business leaders embraced their Scottish roots to walk confidently on an international stage. By doing things their own way, Johnnie Walker overturned the conventions of late Victorian and Edwardian Britain, survived two world wars, flourished despite Prohibition and the Great Depression to become the first truly global whisky brand, revolutionising the world of advertising along the way. Ultimately the story is a testament to how an obsession with quality and a relentless drive to always move forward created the most recognised Scotch whisky brand in the world.