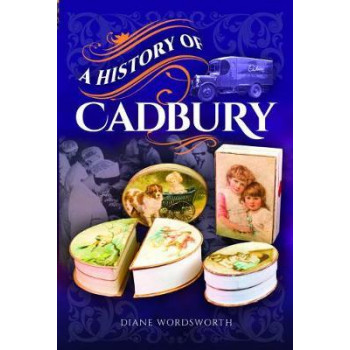 A History of Cadbury

When John Cadbury came to Birmingham in 1824, he sold tea, coffee and drinking chocolate in a small shop on Bull Street. Drinking chocolate was considered a healthy alternative to alcohol, something Cadbury, a Quaker, was keen to encourage. In 1879, the Cadburys moved to Bournville and created their factory in a garden' - an unprecedented move. It is now ironic that today's Bournville is surrounded by that urban sprawl the Cadburys were so keen to get away from. This book looks at some of the social impact this company has had since its inception, both on the chocolate and cocoa business in general and on the community at large, both within and without the firm of Cadbury. In 2024, Cadbury's will be celebrating 200 years of the first store opening. This is the story of how the company began, how it grew, and how they diversified in order to survive. AUTHOR: Diane Wordsworth's work has appeared worldwide. Primarily a broadcast journalist, she also edits and proofreads books and magazines. Diane moved from Solihull to Yorkshire in 2004, where she now writes and edits on a full-time basis. She is currently exploring an A to Z of Yorkshire with her husband, Ian.