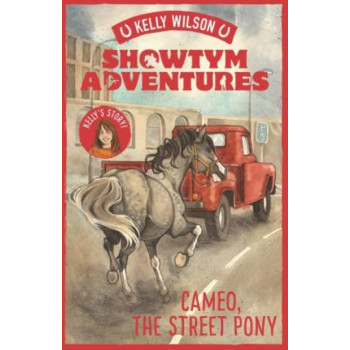 When nine-year-old Kelly Wilson outgrows her pony, her mum surprises her with a beautiful steel-grey mare that she spotted trotting down the street, tied to the back of a truck. But there's a catch. Cameo has never been ridden! While her sisters Vicki and Amanda are jumping higher than ever before, Kelly must face her fears on an untested pony. Will Cameo ever be ready for competitions? And will the girls' ponies hold their own against the purebreds at the Royal Show?A sequel to Dandy, the Mountain Pony, this exciting story of setbacks and success, in which Vicki, Kelly and Amanda Wilson first experience the thrill of serious competition, is inspired by the Wilson sisters' early years.