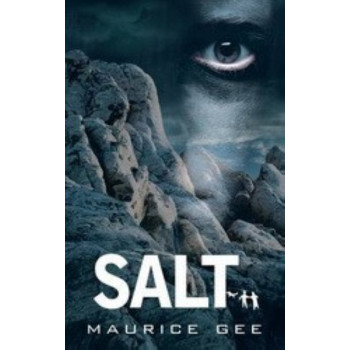 In a dangerous world, Deep Salt strikes terror into the heart of everyone. Hari lives in Blood Burrow, deep in the ruined city of Belong, where he survives by courage and savagery. He is scarred from fighting, he is dangerous and cruel, but he has a secret gift: he can speak with animals. When his father, Tarl, is taken as a slave and sent to the mine known as Deep Salt, from where no worker ever returns, Hari vows to save him. Pearl is from the ruling families, known as Company, which has conquered and enslaved Hari's people. Her destiny involves marriage that will unite her family with that of the powerful and ambitious Ottmar. But Pearl has learned forbidden things from Tealeaf, her maid, and will never submit to a subordinate life. A long journey through the badlands towards Deep Salt finds Pearl and Hari united for a common cause. It soon becomes clear that the survival of their people depends entirely upon the success of Pearl and Hari's mission.