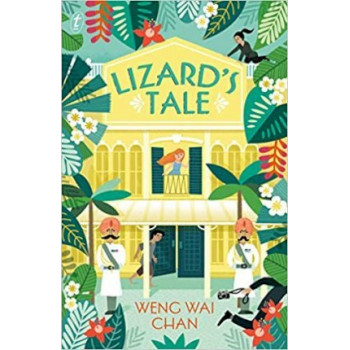 t?s Singapore in 1940, war is just around the corner-but twelve-year-old Lizard doesn?t know that. He lives in Chinatown above a tailor?s shop, surviving on his wits and hustling for odd jobs.When he steals a small teak box containing a Japanese code book from a Raffles Hotel suite, he finds himself in a dangerous world of wartime espionage. Lizard doesn?t know who to trust. How is the mysterious book inside the box connected to his friend Lili, a girl full of secrets and fighting skills? Can he trust her, or will she betray him in the end?Lizard?s Tale is an action-packed adventure for middle-grade readers, set in a British colony in Asia as the Japanese invasion of Singapore looms.