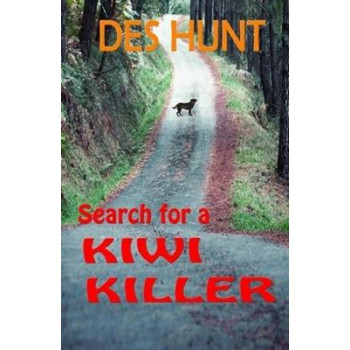 Search for a Kiwi Killer

Kerikeri is kiwi country. There the flightless birds live in common places like farms, sides of roads, and pine forests. There are signs everywhere saying dogs must be on leads. When dead kiwi are found in nearby Waitangi forest, it becomes clear that someone is ignoring the signs. A kiwi killer is on the prowl. Suspects are many. As the death toll increases so too do the cries for dogs to be shot. Young Tom Smart has an injured pig dog he rescued from the forest. He can't believe she could be the killer, but others can. There is only one way Tom can be sure of her, and that is to find the real killer, which means confronting a man who will do anything to protect his secrets.