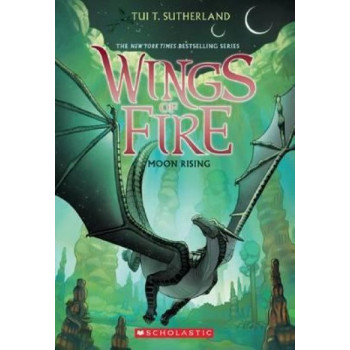 The war between the tribes is finally over, and now the dragonets of the prophecy have a plan for lasting peace. But hidden in the rainforest for most of her life, the young NightWing has an awful secret. She can read minds, and even see the future. Living in a cave with dozens of other dragons is noisy, exhaustingand dangerous. In just a few days, Moon finds herself overwhelmed by her secret powers and bombarded by strange thoughts, including those of a mysterious dragon who might be a terrible enemy.