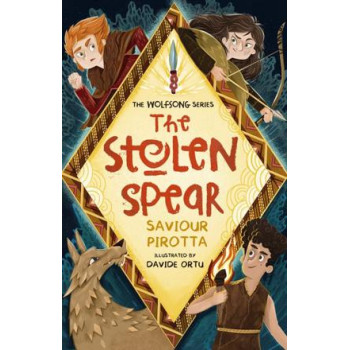 'Weakness of any kind is frowned upon... Only bravery is admired. I pray to the spirits every day to make me brave.' Wolf struggles to fit into his village. He's not strong like his brother or a natural leader like his father. Every day he just tries to keep his head down. That is until a sacred spear head is stolen. Wolf is cast out, seen as the reason for its disappearance. With no one but his trusty dog, Shadow, to join him, Wolf vows to find the stolen spear and restore his honour. But Wolf has never left the village before and the world beyond the sea is a complete unknown... where will this journey take him and what secrets will he uncover? Join Wolf on his hunt for the spear, as he journeys from the village now known as Skara Brae to a wider, ancient world on the cusp of a new age.