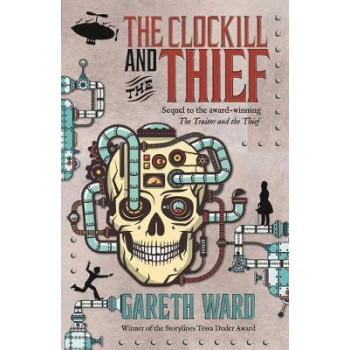 Clockill and the Thief, The

This fantastic follow-up to the Storylines Tessa Duder Award-winning The Traitor and the Thief is just as exciting and action-packed as the first instalment. Sin is dying, poisoned by his blue blood. His troubles deepen when the traitor who poisoned him escapes from the custody of the Covert Operations Group and sets out for revenge. COG tasks Sin, his friend Zonda Chubb and their frenemy Velvet Von Darque with recapturing the traitor, whatever the cost. Taking to the air in pursuit, they must battle skypirates and the terrifying Clockill to complete their mission. But with his condition worsening, can Sin survive long enough to save his friends, himself and the day?