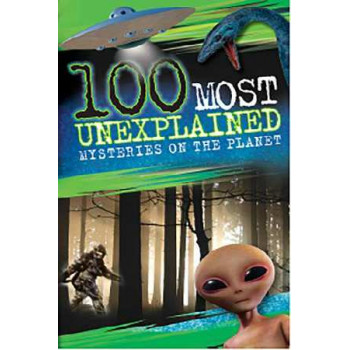 100 Most Unexplained Mysteries on the Planet

Do you dare to discover the world's strangest creatures and uncover the weirdest facts? Then this book is for you. Find out why the Goonch is known as a man-eating catfish or who fights off killer creatures by spraying acid-filled blood from its eyes. From the depths of the sea to the frozen heights of Nepal, you'll go in search of everything from the Kraken to the Yeti and back again. Explore the science behind the Bermuda Triangle, spontaneous combustion and telekinetic powers with bite-sized fact files and thrilling secrets revealed in photographs and vivid illustrations. Packed with real-life hauntings, ruined civilisations, ancient monuments with mystical powers and much more. Review the evidence of rumours, hard facts and scientific tests and decide for yourself. Each entry includes bite-sized chunks of information and an 'unexplained' rating.