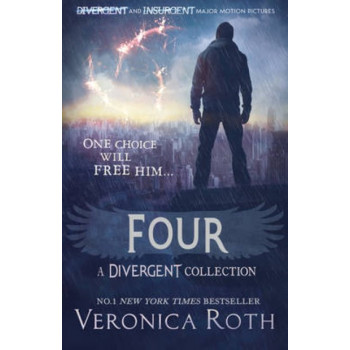 Fans of the Divergent series by No. 1 New York Times bestselling author Veronica Roth will be thrilled by this collection of short stories told from Four's perspective! DIVERGENT - a major motion picture in 2014. This collection of short stories explores the world of the Divergent series through the eyes of the mysterious but charismatic Tobias Eaton, revealing previously unknown secrets of his personality and intriguing backstory. See how it all began for Four...Features the following stories: 'The Transfer', 'The Initiate', 'The Son', 'The Traitor' plus the knife-throwing scene known as 'Free Four' .