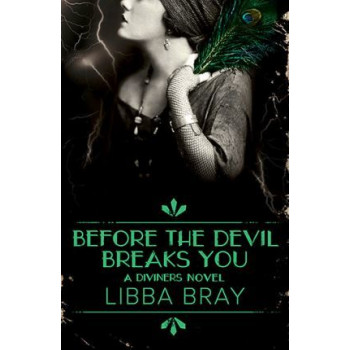 Before the Devil Breaks You: the Diviners 3

1920s New York. Lights are bright. Jazz is king. Parties are wild. And the dead are coming. After battling a supernatural sleeping sickness that nearly claimed two of their own, the Diviners are set to face off against an all-new terror. Out on desolate Ward's Island, far from the city's bustle, sits a mental hospital haunted by the lost souls of people long forgotten - ghosts who have unusual and dangerous ties to the man in the stovepipe hat, also known as the King of Crows. With terrible accounts of murder and possession pushing New York City to the edge of panic, the Diviners must band together and brave the sinister forces invading the asylum - a fight that will bring them face-to-face with the King of Crows. Now, as explosive secrets from the past come to light and malevolent forces gather from every corner, love and loyalties will be tested, and the Diviners will find themselves in a deadly battle for the very soul of the nation. Heart-pounding action and terrifying moments will leave you breathless in this third book in the Diviners quartet by #1 New York Times bestselling author Libba Bray. '[A] gripping, unsettling read that peels back the shiny surface of the American Dream. Like the ghosts facing the Diviners, Bray's novel has teeth.' Booklist, starred review 'Details of imagined government conspiracies are laced with heartbreakingly realistic injustices such as racism, anti-Semitism, and maltreatment of the mentally ill. The diverse protagonists are intricately developed...' Kirkus, USA 'Before the Devil Breaks You is a thrilling third addition to the series that will have you on an emotional rollercoaster all the way through. Grab your tissues and your electromagnetic field detectors as you embark on this harrowing journey.' Teen Reads, The Book Report Network, USA