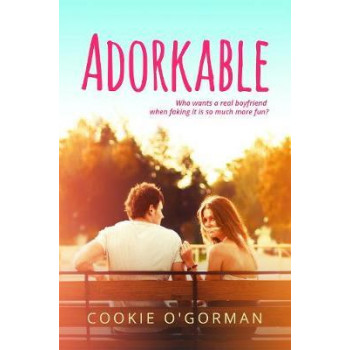 Adorkable (ah-dor-kuh-bul): Descriptive term meaning to be equal parts dorky and adorable. For reference, see Sally Spitz. Seventeen-year-old Sally Spitz is done with dating. Or at least, she's done with the horrible blind dates/hookups/sneak attacks her matchmaking bestie, Hooker, sets her up on. There's only so much one geek girl and Gryffindor supporter can take. Her solution: she needs a fake boyfriend. And fast. Enter Becks, soccer phenom, all-around hottie, and Sally's best friend practically since birth. When Sally asks Becks to be her F.B.F. (fake boyfriend), Becks is only too happy to be used. He'd do anything for Sal-even if that means giving her PDA lessons in his bedroom, saying she's "more than pretty," and expertly kissing her at parties. The problem: Sally's been in love with Becks all her life-and he's completely clueless. This book features two best friends, one special edition Yoda snuggie, countless beneath-the-ear kisses, and begs the question: Who wants a real boyfriend when faking it is so much more fun?