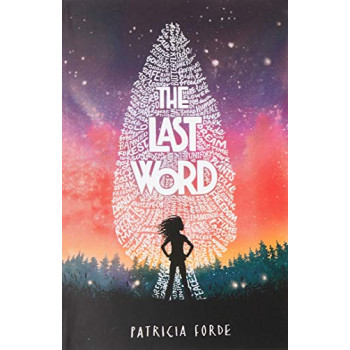 A world devastated by climate change. A society ruled by fear. And a girl brave enough to take a stand. Now an outlaw, Letta's world is more dangerous than ever. The new ruler of Ark has limited language to under five hundred words and there are terrible whispers of babies disappearing in the night. Letta devotes herself to keeping language alive, teaching in secret illegal schools, but at great risk. And when disaster strikes, she takes the blame. Haunted by grief and hunted by gavvers, she and Marlo are forced to flee, in the process discovering the terrible plan to wipe out language for good. PRAISE FOR THE LIST: 'The fantasy book of the year.' - Eoin Colfer, bestselling author of ARTEMIS FOWL 'A novel that truly stands apart for its originality and relevance ... a book about words, about language, about their power to civilise - and, in the wrong hands, to abuse and dehumanise.' - The Irish Times 'An electric sci-fi novel with a strong ecological and moral stance.' - The Bulletin of the Center for Children's Book