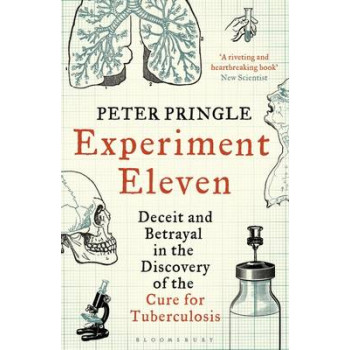 Experiment Eleven : Deceit & Betrayal in the Discovery of the Cure for Tuberculosis

In 1943, Albert Schatz, a young American Ph.D. student working in professor Selman Waksman's lab, was searching for an antibiotic to fight infections on the front lines and at home. On his eleventh experiment on a common bacterium found in farmyard soil, Schatz discovered streptomycin, the first effective cure for tuberculosis, at that time the leading killer among the world's infectious diseases. As director of Schatz's research, Waksman took credit for the discovery, belittled Schatz's work, and secretly enriched himself with royalties from the streptomycin patent filed by Merck, the pharmaceutical company. Acclaimed author and journalist Peter Pringle unravels the intrigue behind one of the most important discoveries in the history of medicine.