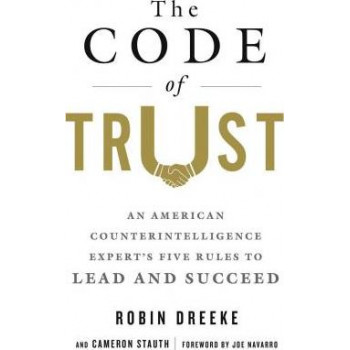 Code of Trust: An American Counterintelligence Expert's Five Rules to Lead and Succeed

Robin Dreeke is a 28-year veteran of federal service, including the United States Naval Academy, United States Marine Corps. He served most recently as a senior agent in the FBI, with 20 years of experience. The Code of Trust is based on the system Dreeke devised, tested, and implemented during years of field work at the highest levels of national security. Applying his system first to himself, he rose up through federal law enforcement, and then taught his system to law enforcement and military officials throughout the country, and later to private sector clients. The Code of Trust has since elevated executives to leadership, and changed the culture of entire companies, making them happier and more productive, as morale soared. Inspiring trust is not a trick, nor is it an arcane art. It's an important, character-building endeavour that requires only a sincere desire to be helpful and sensitive, and the ambition to be more successful at work and at home.