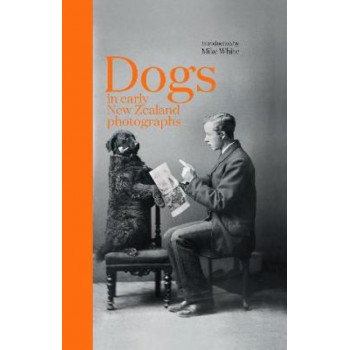 Adorable and sometimes surprising historic images of New Zealand dogs and their owners. This entertaining selection of over 100 photos of New Zealand dogs reveals some of the more curious ways in which they have appeared in photographic collections from the nineteenth and early twentieth centuries. Dogs named Terror, Betsey Jane, Floss and Erebus appear alongside canines whose names are longer known. The photos range from carefully staged studio portraits to New Zealand landscapes. This book also shines a light on some significant dogs, from Scott of the Antarctic's favourite sled dog to the talented mascot of the New Zealand Army rugby team. The photographs take the reader across the towns and landscapes of Aotearoa New Zealand, and the text profiles many of the photographers and studios that flourished prior to the First World War. It also pays tribute to the museums and galleries that now care for these delightful collections.