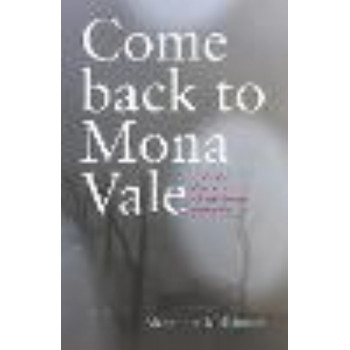 Come Back to Mona Vale: Life and death in a Christchurch mansion

Come Back to Mona Vale is a beautifully written, compelling narrative/memoir that sets about unravelling the mysteries and anomalies behind the public history of a wealthy Christchurch business family in the first half of the 20th century. The author-as narrator gradually becomes aware that his family heritage isn't necessarily the norm, nor what he expected. He realises that family members don't speak to each other about the most private events. The story unfolds like a crime or detective tale, and also delves into the history of the Canterbury colony, contrasting Christchurch's public values, aspirations and beauty with its murkier private behaviour. And yet the story is told with a graceful touch and an eye for the vivid, comic and telling detail. Alexander McKinnon's explorations of his family's past is the record of a beautiful and grand (yet gradually crumbling) manor interwoven with social history - with a sense of the Gothic, of obsession, and of a tight-knit circle where secrets wreak a terrible climax leading to a form of inter-generational haunting.