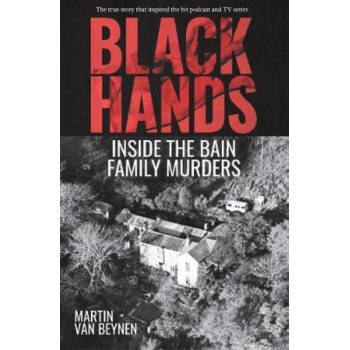 This is the story of a mass-murder that divided a nation. It began in a rickety old house on a cold June morning in 1994, where five members of a seemingly ordinary New Zealand family were gunned down. There were two suspects. One lay dead from a single bullet to the head. The other was the only survivor- David Bain. Since then, the country has asked- Who killed the Bain family? David, or his father Robin? And why? Award-winning journalist Martin van Beynen has covered the Bain story closely for decades. His 2017 Stuff podcast, Black Hands - based on the manuscript for this book - topped the charts in New Zealand and around the world and has been downloaded more than 5 million times. Now, his book brings the story completely up to date- exploring the case from start to finish, picking through evidence old and new, plumbing the mysteries and motives, interviewing never-before-spoken-to witnesses and guiding readers through the complex police investigation and court cases, seeking to finally answer the question- Who was the killer? Black Hands is a riveting read from the first word to the last, by a skilled writer who knows his subject inside out. "If anyone can pass judgement it can only be those who sat through the whole trial." - David Bain in New Idea