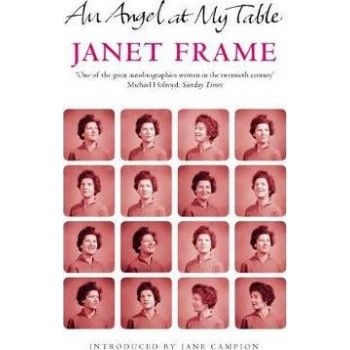 Angel At My Table

One of the great autobiographies of the twentieth century ... A journey from luminous childhood, through the dark experiences of supposed madness, to the renewal of her life through writing fiction. It is a heroic story, and told with such engaging tone, humorous perspective and imaginative power' Michael Holroyd, Sunday TimesAfter being misdiagnosed with schizophrenia as a young woman, Janet Frame spent several years in psychiatric institutions. She escaped undergoing a lobotomy when it was discovered that she had just won a national literary prize. She then went on to become New Zealand's most acclaimed writer. As she says more than once in this autobiography: 'My writing saved me.'This edition contains all three volumes of Frame's autobiography: To the Is-Land, An Angel at My Table and An Envoy from Mirror City.'One of the most beautiful and moving books I have ever read . . . A masterpiece . . . Janet's autobiography had an enormous effect on me. She struck a blow right to my heart' Jane Campion