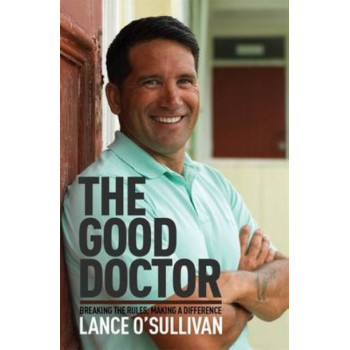 Lance O'Sullivan is a man on a mission. Raised in Auckland by a solo mother, he had a modest upbringing typical of the time, if one chequered with difficulties. After being expelled from two schools, Lance could have gone off the rails. Instead, he found his way at Hato Petera College, connecting with his Maori ancestry, and going on to study medicine. After a brief but outstanding career working as a GP in the public health system, Lance and his wife Tracy quit their day jobs to set up a ground-breaking practice in the Far North that offers free healthcare to the many who can't afford it. For his work, Lance has been acknowledged as a Sir Peter Blake Emerging Leader, Public Health Champion, Maori of the Year and, most recently, Kiwibank New Zealander of the Year. Passionate, brave and free-thinking, Lance stood up when no one else would. The Good Doctor charts his inspirational, one-of-a-kind life story, while relaying an overarching hope for a better New Zealand.