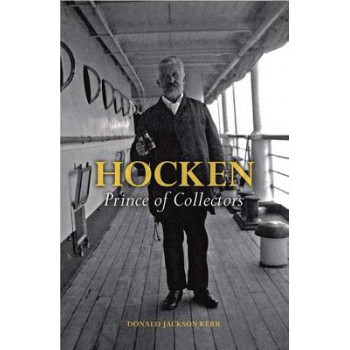 Dr Thomas Morland Hocken (1836-1910) arrived in Dunedin in 1862, aged 26. Throughout his busy life as a medical practitioner he amassed books, manuscripts, sketches, maps and photographs of early New Zealand. Much of his initial collecting focused on the early discovery narratives of James Cook; along with the writings of Rev. Samuel Marsden and his contemporaries; Edward Gibbon Wakefield and the New Zealand Company; and Maori, especially in the south. He gifted his collection to the University of Otago in 1910. Hocken was a contemporary of New Zealand's other two notable early book collectors, Sir George Grey and Alexander Turnbull. In this magnificent piece of research, a companion volume to his Amassing Treasures for All Times: Sir George Grey, colonial bookman and collector, Donald Kerr examines Hocken's collecting activities and his vital contribution to preserving the history of New Zealand's early post-contact period.