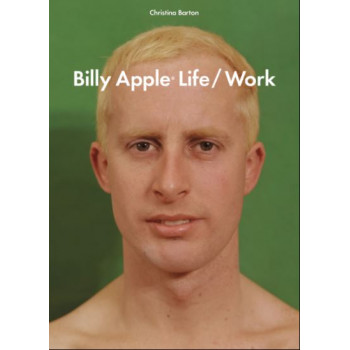 Billy Apple (born Barrie Bates in Auckland, 1935) is New Zealand's most internationally significant living artist and a pioneer of pop and conceptual art. At the Royal College of Art in London from 1959-62, Apple studied with key contemporaries - notably David Hockney - and staged one of the earliest solo exhibitions in the new 'pop' art after changing his name, in 1962, to 'Billy Apple'. In 1964 he moved to New York. There, he worked as an art director, developed his art, exhibited extensively with leading artists (notably in the 1964 American Supermarket exhibition with Andy Warhol, Jasper Johns and others), and established one of the first alternative art spaces - 'Apple' - which hosted some of the new ephemeral activities that enlivened the New York scene in the 1970s. He returned to live in New Zealand in 1990 where he continues to produce his particular brand of conceptual art. Apple's work is held in permanent collections from the Tate to the Philadelphia Museum of Art. This is the first substantial book on Billy Apple's career. Based on over a decade of research all over the world and unprecedented access to Apple's own archive, Billy Apple (R) Life/Work chronicles an extraordinary sixty-year career and the art scenes that have sustained it in London, New York and Auckland. The book includes more than 200 illustrations in colour, with a generous selection of reproductions of Apple's works as well as other illustrative material.