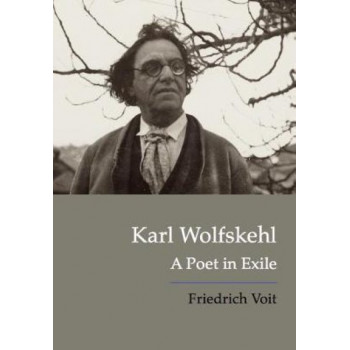 Karl Wolfskehl: A Poet in Exile

Karl Wolfskehl (1869-1948) came to New Zealand in 1938 as a refugee. Disturbed by the rising anti-Semitism he had left Germany for Switzerland and Italy in 1933. When Italy began to adopt anti-Jewish legislation he fled Europe for distant New Zealand which he had heard was an `island of racial equality'. For ten years he found asylum here and the peace to go on writing. Though almost blind, the open-minded and curious German-Jewish poet soon became engaged in the social and cultural life of the country, befriending many of the leading younger writers--R. A. K. Mason, Frank Sargeson, A. R. D. Fairburn, Denis Glover--and others not so well-known nowadays, such as Pia Richards, Phoebe Meikle, Ian Hamilton, and Ronald and Kay Holloway. Although they could not read his poetry in German, those who sought his company and read to him, introducing him to English and American literature, were impressed by his inexhaustible erudition. In New Zealand he wrote much new poetry, amongst it his best known poems 'To the Germans' and 'Job or The Four Mirrors'. The letters he wrote from his antipodean exile to friends dispersed around the globe are the testament of an extraordinary man and poet. As C. K. Stead has put it: `Wolfskehl was a true hero of those times.' This first biography in English has been written with a particular focus on Karl Wolfskehl's life in New Zealand. It is the third in a trilogy of Karl Wolfskehl publications from Cold Hub Press. The others are: 'Karl Wolfskehl: Three Worlds / Drei Welten', selected poems translated and edited by Andrew Paul Wood and Friedrich Voit (2016) ISBN: 9780473358679 'Karl Wolfskehl: Poetry and Exile, Letters from New Zealand 1938-1948', edited and translated by Nelson Wattie (2017) ISBN: 9780473410506