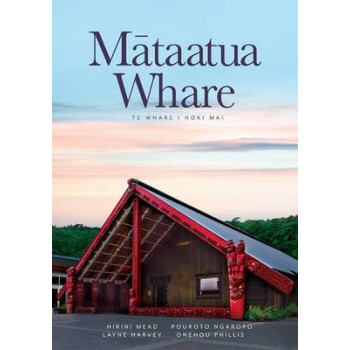 Mataatua wharenui is the most travelled Maori meeting house in the country. Built in 1875, it was taken to Australia, London and Otago before being returned to Whakatane after more than a century away. The story of Mataatua is part of the story of the desecration of Ngati Awa by the Crown and the fight of the people to regain their sovereignty. Following the confiscation of Ngati Awa land in the 1860s and the devastation to the people of Ngati Awa, building a wharenui was proposed as a way to reunite Ngati Awa. The result was Mataatua, a magnificent wharenui, honoring the people, their history and whakapapa, and the skills of the craftspeople, and establishing a living marae. Shortly after it was opened, the government requested that Mataatua be an exhibit at the Sydney International Exhibition, and from here, it travelled across the globe until ending as an exhibit in Otago Museum. By this time, the government had claimed ownership of Mataatua, and it took more than fifty years of perseverance by Ngati Awa to have Mataatua returned to Whakatane to again become a living wharenui in the care of its people. In words and photographs, the book describes the history and construction of Mataatua, its appropriation, work undertaken by generations to have it returned, and the detail of its rebuild and opening in 2011.