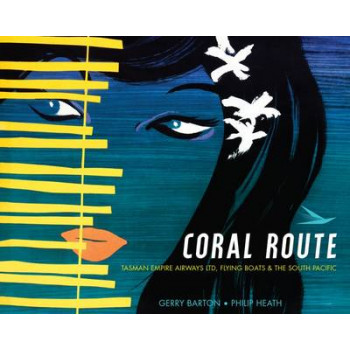 Using accounts from former crew and employees, island memoirs and photographic archives never before published, forgotten aspects of TEAL's tropical world are brought once more into the light. For the first time the development of the Coral Route style and TEAL's emergence as a corporate entity are documented, using the reminiscences of people who knew the great graphic designers of the era. Only two Solent flying boats remain: one in Auckland, New Zealand, and the other in Oakland, California. Worldwide research complemented by a major conservation project on Aranui, the Auckland survivor reveals how their distinctive interiors were designed and assembled. This book brings the real Coral Route back to the realm of verifiable history. It is a story even more fascinating than the confections of its myth.